Python® – the language of today and tomorrow

Python is the gift that keeps on giving. The more you understand Python, the more you can do in the 21st Century. As simple as that.

Python is a widely-used, interpreted, object-oriented, and high-level programming language with dynamic semantics, used for general-purpose programming. It’s everywhere, and people use numerous Python-powered devices on a daily basis, whether they realize it or not.

Python was created by Guido van Rossum, and first released on February 20, 1991. While you may know the python as a large snake, the name of the Python programming language comes from an old BBC television comedy sketch series called Monty Python’s Flying Circus.

One of the amazing features of Python is the fact that it is actually one person’s work. Usually, new programming languages are developed and published by large companies employing lots of professionals, and due to copyright rules, it is very hard to name any of the people involved in the project. Python is an exception.

Of course, Guido van Rossum did not develop and evolve all the Python components himself. The speed with which Python has spread around the world is a result of the continuous work of thousands (very often anonymous) programmers, testers, users (many of them aren’t IT specialists) and enthusiasts, but it must be said that the very first idea (the seed from which Python sprouted) came to one head – Guido’s.

Python is maintained by the Python Software Foundation, a non-profit membership organization and a community devoted to developing, improving, expanding, and popularizing the Python language and its environment. 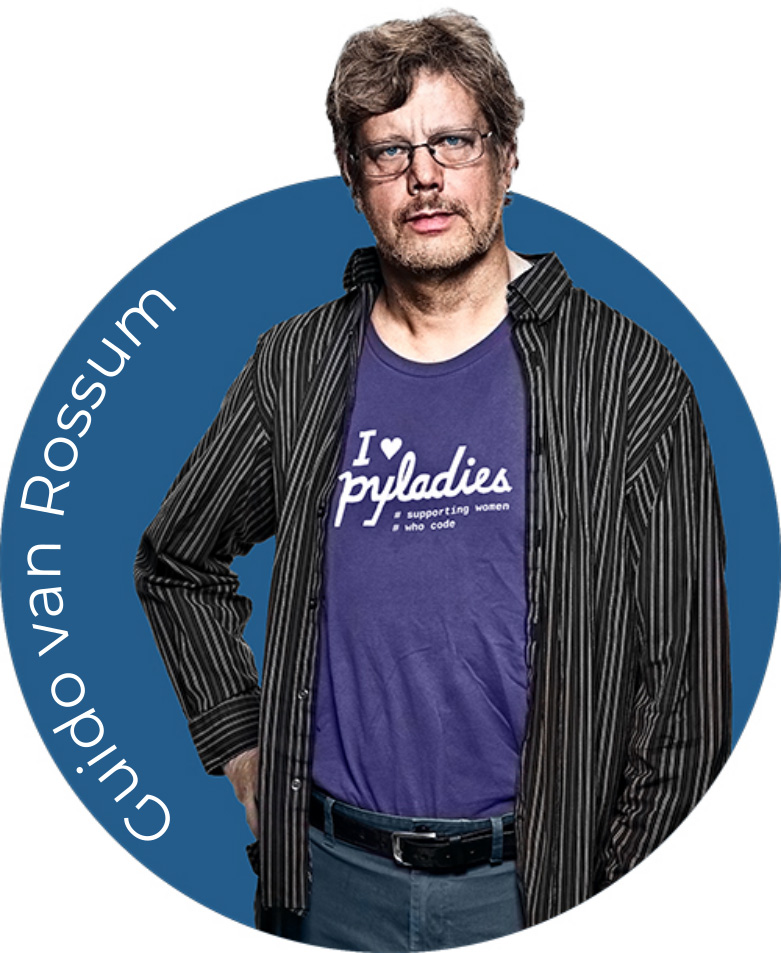 Python is omnipresent, and people use numerous Python-powered devices on a daily basis, whether they realize it or not. There are billions of lines of code written in Python, which means almost unlimited opportunities for code reuse and learning from well-crafted examples. What’s more, there is a large and very active Python community, always happy to help.

There are also a couple of factors that make Python great for learning:

Programming skills prepare you for careers in almost any industry, and are required if you want to continue to more advanced and higher-paying software development and engineering roles. Python is the programming language that opens more doors than any other. With a solid knowledge of Python, you can work in a multitude of jobs and a multitude of industries. And the more you understand Python, the more you can do in the 21st Century. Even if you don’t need it for work, you will find it useful to know.

Python is the programming language that opens more doors than any other. With a solid knowledge of Python, you can work in a multitude of jobs and a multitude of industries. And even if you don’t need it for work, you will still find it useful to know to speed certain things up or develop a deeper understanding of other concepts.

Python is a great choice for career paths related to software development, engineering, DevOps, machine learning, data analytics, web development, and testing. What's more, there are also many jobs outside the IT industry that use Python. Since our lives are becoming more computerized every day, and the computer and technology areas previously associated only with technically gifted people are now opening up to non-programmers, Python has become one of the must-have tools in the toolbox of educators, managers, data scientists, data analysts, economists, psychologists, artists, and even secretaries.

Learn, certify, and succeed! How great would it be to write your own computer program? Python is a multi-paradigm programming language used by startups and tech giants like Google, Facebook, Cisco, Netflix, and more. With intuitive, readable syntax, Python is a great first programming language to learn. Get started with the Python Essentials 1 course and prepare for the PCEP certification exam. If you already know the core fundamentals of Python, progress to Python Essentials 2, and prepare for the PCAP certification exam. If you work with Python and need to advance to more specialized areas of programming, pick our professional-series courses and prepare for the PCPP and specialization-track certifications.

In 1999, Guido van Rossum defined his goals for Python:

20+ years later, it is clear that all these intentions have been fulfilled. Some sources say that Python is the first-most popular programming language in the world, while others claim it’s the third.

Either way, it occupies the first position in the top ten of the TIOBE Programming Community and PYPL PopularitY of Programming Language Indexes. (February 2022)

Python isn’t a young language. It is mature and trustworthy. It’s not a one-hit wonder. It’s a bright star in the programming firmament, and time spent learning Python is a very good investment. 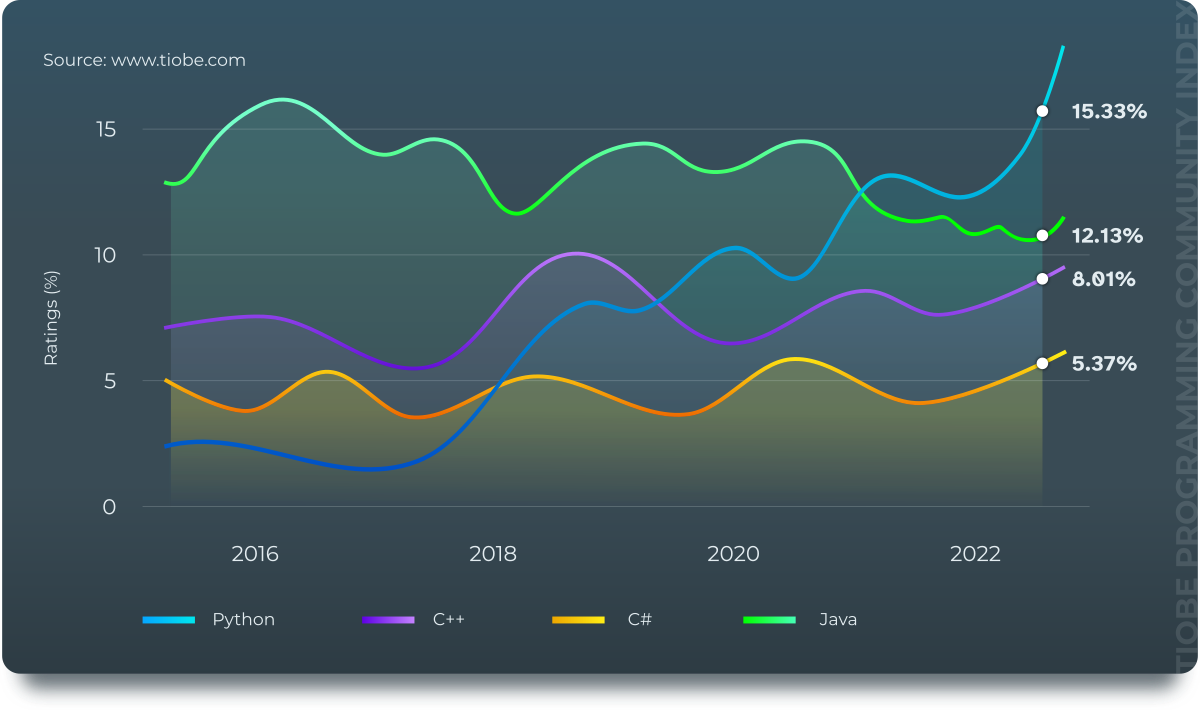 Where can we see Python in action? We see it every day and almost everywhere. It’s used extensively to implement complex Internet services like search engines, cloud storage and tools, social media and so on. Whenever you use any of these services, you are actually very close to Python, although you wouldn’t know it.

Many developing tools are implemented in Python. More and more everyday use applications are being written in Python. Lots of scientists have abandoned expensive proprietary tools and switched to Python. Lots of IT project testers have started using Python to carry out repeatable test procedures. The list is long.

Python is a great choice for:

And that’s just the beginning.

(sources: PythonProjects on Wikipedia and Python.org.)